We all know how frustrating it is when Snapchat gives the notification of your every move in the chatbox, whether you have taken a screenshot, deleted a message, or saved it.

This shows that Snapchat does not play with its users’ privacy and does not let them feel down.

However, what if you have to take a step without someone knowing?

What if you have to take a screenshot of the chat for some personal reason or another?

Is there a way out? Can you take screenshots on Snapchat without them knowing?

The answer is yes!

There are several tips and tricks or ways to take a screenshot on Snapchat so that the “You Took a Screenshot” notification does not reach the other person.

Read to know all these ways and methods.

Why do we get notifications for Screenshots on Snapchat?

Even though Snapchat has made efforts to bring older users to its platform, almost half of its users are still under 25, and there have been privacy concerns for Snapchat in the past.

Being a platform dealing with numerous photos and videos of a user, Snapchat faced many difficulties.

In 2011 when Snapchat was first launched, it was like a regular social media app where users could share photos videos, chat, download images and take screenshots as per their wish and without the other person knowing about it.

With over 10 million users, primarily teenagers, and their snaps not being as private as they are today, things were difficult.

Also See: How to get Dark Mode on Snapchat?

However, after the FTC (Federal Trade Commission) took the responsibility of monitoring Snapchat for privacy compliances through a settlement for the next 20 years, things changed for the better.

Therefore, Snapchat protects the privacy of its users by notifying them about every move of their friends, whether they take a screenshot or download a photo you shared with them on the platform.

When does a Snapchat user receive a notification?

Snapchat’s privacy today is at its peak; its users get notifications and, thus, stay safe from any misinformation being leaked or distributed without their permission.

These are some of the reasons Snapchat sends a notification, and these are the ones that you can control through the settings menu in Snapchat.

But what about the other messages?

The ones that we cannot control on Snapchat? Here are the different notifications that we receive and are difficult to control or stop:

Someone calls you through Snapchat

Yes, if someone calls you through Snapchat, you will receive a notification, and the call screen will pop up.

However, if you missed the call for some reason, you will receive a message saying, “You missed a video call from,” which will stay in the chat until you click it to view.

So, for every Snapchat story you screenshot, a notification goes to the other person showing that you performed this action.

Yes, even if you take a screenshot of your chat with someone, Snapchat shares a notification to the other person informing them about your action.

People who take a screenshot can post your chat or snap anywhere online without your permission.

Thus, this notification helps you choose to continue snapping and chatting with that friend on Snapchat and hence, keep your communication private and limited to trustable people only.

Also, did you know that even if someone screen records your chat or story, Snapchat will notify you about the same too?

Nevertheless, we cannot control the above notifications on Snapchat through the app’s settings menu.

Or unless can we?

Can we stop these notifications from reaching the other person?

How to Screenshot on Snapchat without them knowing?

While this is a crucial Privacy check that Snapchat fulfills, there may be times when you wouldn’t want the other person to know that you took a screenshot.

Maybe you want to screenshot a person’s story to wish them their birthday, or maybe you liked someone’s outfit or an inspirational quote they shared.

And now you want to keep it for future reference and don’t want to feel embarrassed because of the “Screenshot” notification.

So, can you screenshot on Snapchat without them knowing?

Is there any way?

Yes, there is! In fact, there are several methods through which you can take a screenshot on this platform without the notification reaching the other person.

Quick reminder: please remember that there is a reason why Snapchat shows such notifications.

Before using these methods, please remember that you might be violating the other person’s privacy by taking screenshots without them knowing.

Here are the several ways and methods:

Method:1 Use the built-in screen recording function on your device

While this may not be a perfect method to screenshot or save a chat or snap from someone, you can give it a try.

The latest Android versions and iOS versions all have an in-built screen recorder.

Snapchat users can try to use this recorder and screen record any chat.

This will save the recording on your device, and later on, you can pause and take a screenshot at your convenience.

The process on an iPhone is pretty simple: swipe down to open the control center, tap the recording button and start recording.

Only Android users with the latest Android version will find an in-built screen recorder: swipe down to open the notification menu and tap on the Screen Recorder button to start recording.

There are several third-party screen recording apps available on the Play Store.

Thus, if you do not have an in-built screen recorder, you can use these apps and screen record the Snaps or chat without the other person knowing or receiving a notification.

An old-school that works wonders is using the Airplane mode while taking a screenshot on Snapchat. However, you must be quick and careful while using this method.

First, make sure that you have loaded the snap on your device. Then, turn off your Mobile data and Wi-Fi and turn on the Airplane mode.

Now go to Snapchat, open the chat or snap you want to screenshot, and perform the action carefully.

Tip: clear the cache of your phone or app. If you do not clear cache, the chances are that the other person will receive the notification.

So, while you are in Airplane Mode, clear the cache on your device.

Now, you can go normal with your phone, and you will see that you have taken the screenshot without notifying the other person.

Method 4: Use the Screen Mirroring option

Another way to take a screenshot on this app is by using the Mirroring option available in your device’s Control Center/Settings.

You can connect your device to a laptop or Smart TV, or any other device and mirror your smartphone on it.

Now open the Snapchat app and the chat/snap you want to capture.

Next, use another device to directly record the snap and save the multimedia file without the other person knowing.

Method 5: Use another phone to record

This is a simple and basic method. All you need are two different devices: one on which you will open the snap/chat and the other through which you will record the screen of the first device.

You can do so by capturing photos or videos through the camera of the second device.

If you own a Mac and an iPhone, taking a screenshot on Snapchat without the notification popping will be very easy. All you need to do is:

Method 7: Use an Android Emulator on your Windows PC

This is also an easy option, given that you know how to set up an emulator on your PC.

The emulator will give you the ability to download and save the app’s screenshot without the other person knowing or receiving a notification from Snapchat.

FAQs for Screenshot on Snapchat:

Yes, Snapchat prioritizes its users’ privacy and thus, notify them when a person takes a screenshot of the chat, snap, or the story they have posted.

You cannot directly remove the “you took a screenshot” alert from Snapchat by changing some settings.

However, you can use alternative methods that will allow you to take a screenshot without the other person knowing. Check them out in the article above!

This was a glitch in the Snapchat app that Snapchat later removed.

As a result, users received notifications like the other person had taken a screenshot of the chat even though they hadn’t. Fortunately, they removed the bug, and users no longer face trouble.

Snapchat respects its users’ privacy, and therefore, it sends notifications for every move of a person, for example, when someone takes a screenshot.

While this will be a violation of your friend’s privacy, there are ways with which you can take screenshots without them knowing.

However, before trying these methods, please read all the instructions and tips mentioned in the article above.

If you have any doubts or queries, you can reach out in the comment section! We would be happy to help! 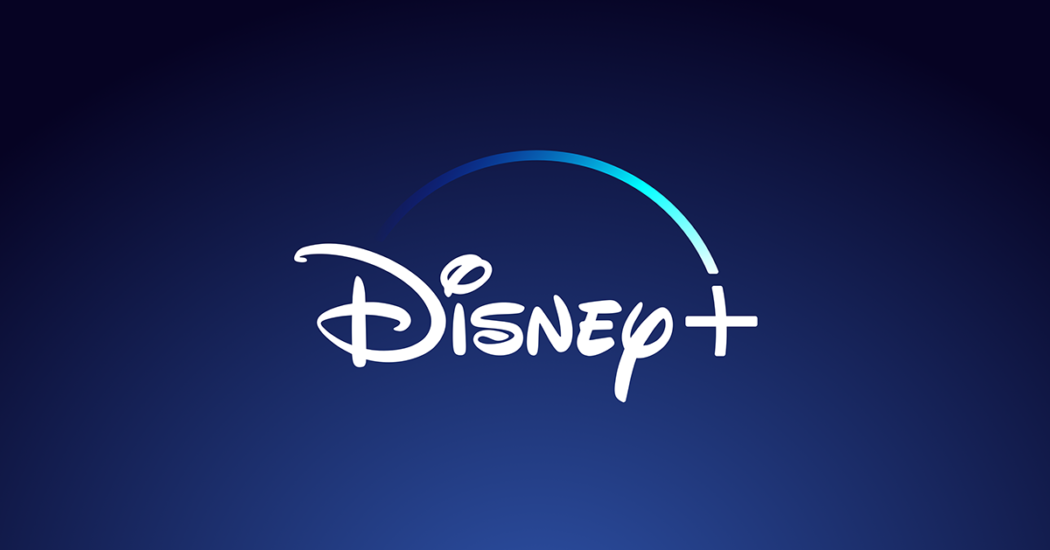 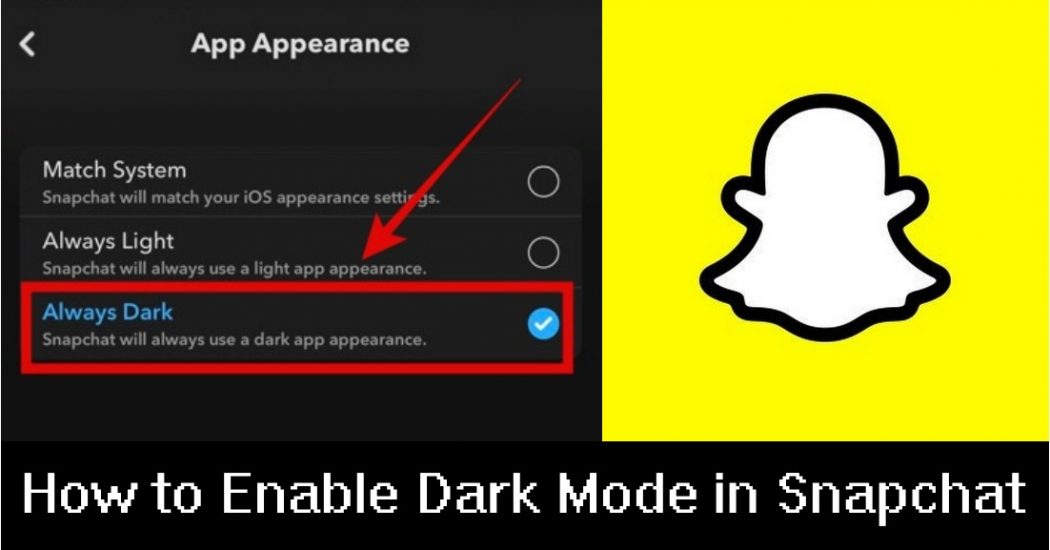